House of Everything and Nothing

The Gujral Foundation supported ‘The House of Everything and Nothing’, a site-specific installation by Raqs Media Collective at 24 Jor Bagh to coincide with the India Art Fair 2013. The dinner preview was hosted in collaboration with Christie’s and witnessed collectors, curators, artists, art aficionados, gallerists attending the preview. The House of Everything and Nothing was Raqs Media Collective’s exploration of the infinity of worlds that they inhabit. Raqs asked a software programmer to come up with an algorithm that could help render the pattern generated data harvested from the ‘conversation traffic’ between their three personal computers in their studio and the world. Their work, The House of Everything and Nothing translated this pattern into a texture that clads the surface of the house in Jor Bagh. They had already worked with this pattern, rendering it into a carpet that was shown as the Great Bare Mat at the Isabella Gardner Museum in Boston. 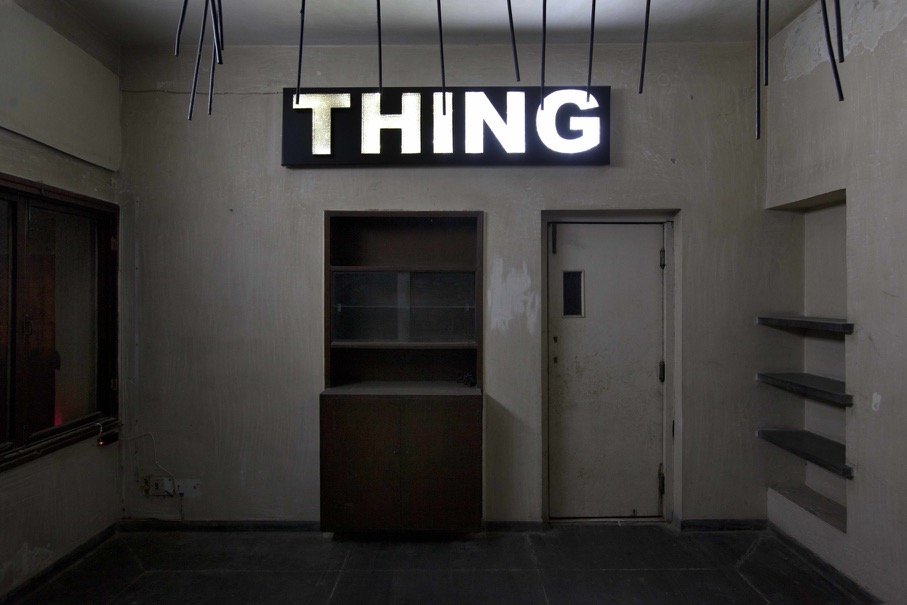 The pattern was etched and incised into the plaster surface of the outer walls of 24 Jor Bagh. The grooves so created were filled with illuminated LED wires. Once lit, the house looked as if it were covered by a swirling, dense pattern of light, as if it were the conduit of a million messages that had to cross its surface before they made their way into the world. Inside, the aperture between the ground floor and the first floor became a bridge between rooms lit up by the words - 'House', 'Every', 'No' and 'Thing', spelling out the House of Everything and Nothing. The work made the house look and feel ethereal, intangible, as if it were afloat and adrift. As if it were made of nothing but light. At the same time, the surface of the house was scored over by a web of signals that would communicate a dense infinity, a plenitude of connections, a mesh-work of light. This way, the work transformed the building into the house of everything and nothing, of infinity and absence, of form and the dissolution of form. 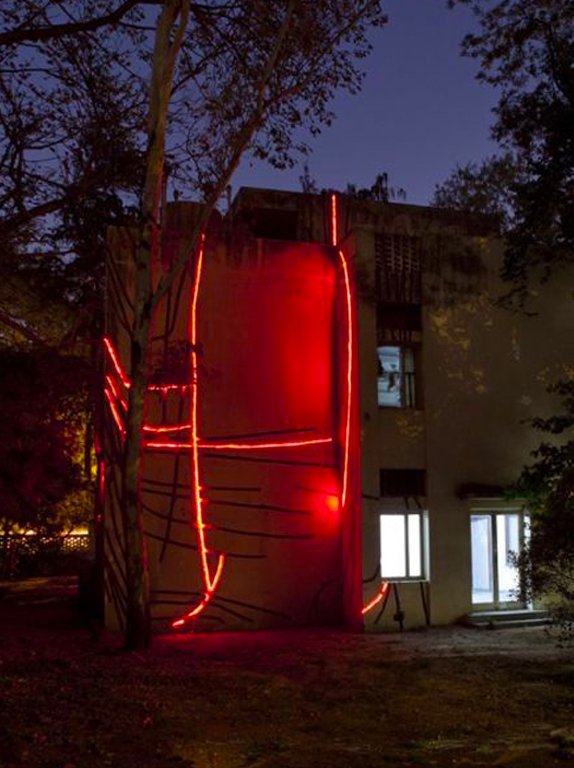 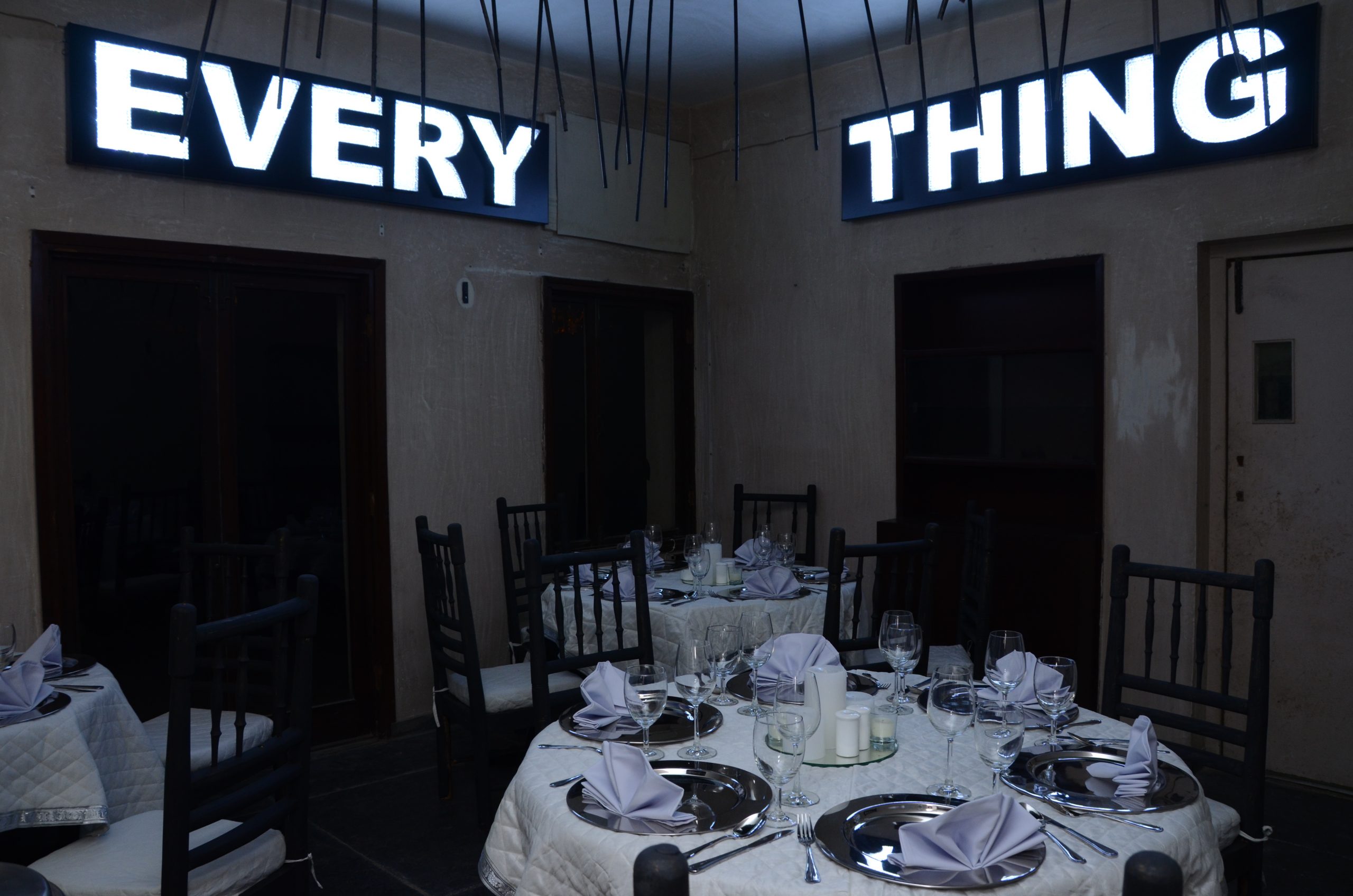