In the Absence of Writing

The Gujral Foundation was pleased to present Astha Butail’s solo exhibition In the Absence of Writing, a site-specific experimental project that was presented at 24 Jor Bagh, New Delhi from 2nd – 28th February 2019. The show was curated by Reha Sodhi and included new works by the artist. In the Absence of Writing was a collateral event of India Art Fair 2019. The project was a culmination of the artist’s year-long journey in researching memory and living traditions that are passed on through teachings and oral poetry. In 2017, Astha won the BMW Art Journey award which enabled her to travel and observe the oldest living traditions alive from 6500-3000 BC. Butail travelled to Varanasi, several towns in South India, Yazd (Iran), Jerusalem (Israel), and London, where she observed and recorded different memory techniques, as well as interviewed scholars, students and practitioners of each tradition. During her research, she focused on the Indian Vedas, Zoroastrian Avesta and Jewish Oral Torah in their respective languages of Sanskrit, Avestan and Hebrew.

Enamoured by living oral traditions and poetry, in 2009, Butail started studying Sanskrit, an ancient root language, in pursuit to understand the Rig Veda and the chants that accompany it. In the Absence of Writing showcased works whose titles were fragments of hymns from the Rig Veda. In oral traditions, sound and pronunciation are key, and knowledge is often memorised and transferred using mathematical patterns. Butail’s work subtly incorporated these algorithms by using geometry and explored how different composite elements of an entity relate to its whole. The artist used a range of media to offer glimpses into the architecture of collective memory using video, sound, sculpture and interactive installations – to respond to the notions of space and time, values and culture, history and identity. Her multi-dimensional approach interwove the five elements of nature with the five senses, making the artworks interactive and experiential.

In her work, Butail attempted to question new formats of learning, preserving and recording history. Through her work, she explored the common subsets of each prayer, value and celebration of these diverse traditions to reveal a language that was universal. In an age where access to information is quick and devoid of human contact, In the Absence of Writing reconnected the audience to a world where knowledge was shared and created anew through a deep and sustained process of interaction. For the closing event of the exhibition, Butail moderated a discussion organized by Outset India on the 24th February 2019 with scholars of Sanskrit, Hebrew and Persian - Astha Butail (Sanskrit), Achia Anzi (Hebrew) and Vinay Singh Katiyar (Persian). Through the discussion they explored the subjects of - water, fire, earth, air and space - in their respective languages, elaborating on the roots, meanings and overlaps between the traditional practices relating to the five elements. 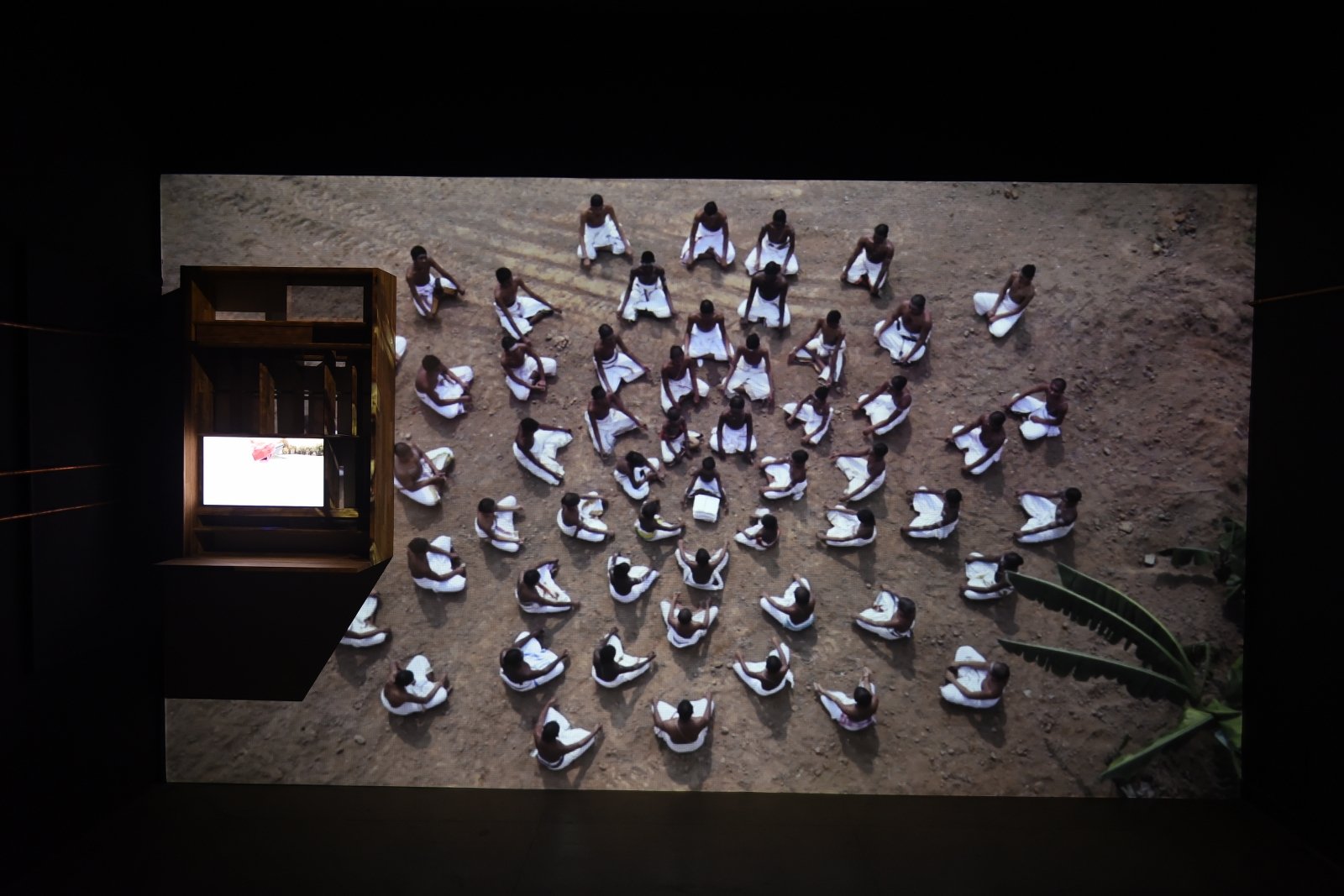