My East is Your West My East is Your West, was presented as a Collateral Event of the 56th International Art Exhibition – la Biennale di Venezia from 9th May - 22nd November 2015. Commissioned by The Gujral Foundation, this landmark exhibition united for the first time at the Biennale the historically conflicting nations of India and Pakistan in a shared exhibition by artists Shilpa Gupta and Rashid Rana. Leading up to the biennale, the foundation presented the project My East is Your West at India Art Fair 2015 through a conversation with Feroze Gujral, Shilpa Gupta, Rashid Rana and Natasha Ginwala (curatorial advisor) at the YES Bank Lounge on 30th January 2015. On 15th March 2015, Natasha took part in a talk titled Venice Biennale: Focus Pakistan and India with artist Jitish Kallat that was moderated by Hammad Nasar at Art Basel, Hong Kong. The project was also presented at Art Dubai on 18th March 2015, Ginwala presented My East is Your West at the fair, which was followed by a dialogue with artist Rashid Rana and Omar Kholeif (curator, Whitechapel Gallery). Shilpa Gupta (Mumbai) and Rashid Rana (Lahore) each presented a new series of works at the Palazzo Benzon, situated in the centre of Venice on the Grand Canal. As neither India nor Pakistan had a permanent national pavilion in Venice, this presentation provided a unique platform for artists from South Asia to enter into a dialogue through the arts, representing the Indian subcontinent as one region.

Titled after a light installation by Shilpa Gupta, My East is Your West was born out of the desire to reposition the complex climate of historical relations between South Asia’s nation-states and presented the region as a shared cultural cartography. Shilpa Gupta’s series of works brought together over four years of ongoing research in the India-Bangladesh borderlands and the world’s longest security barrier between two nation-states currently in construction. She exhibited works ranging from installation, video, photography, drawings, text-based pieces and performance, which took place throughout the opening week and at intervals throughout the Biennale. Rashid Rana presented an immersive setting across five rooms surveying the conception of presence, temporality and location as collective experience, across digital printmaking, video and installation. In a livestream video work, produced in collaboration with the Lahore Biennale Foundation, viewers were transported from Venice to Lahore and vice versa. 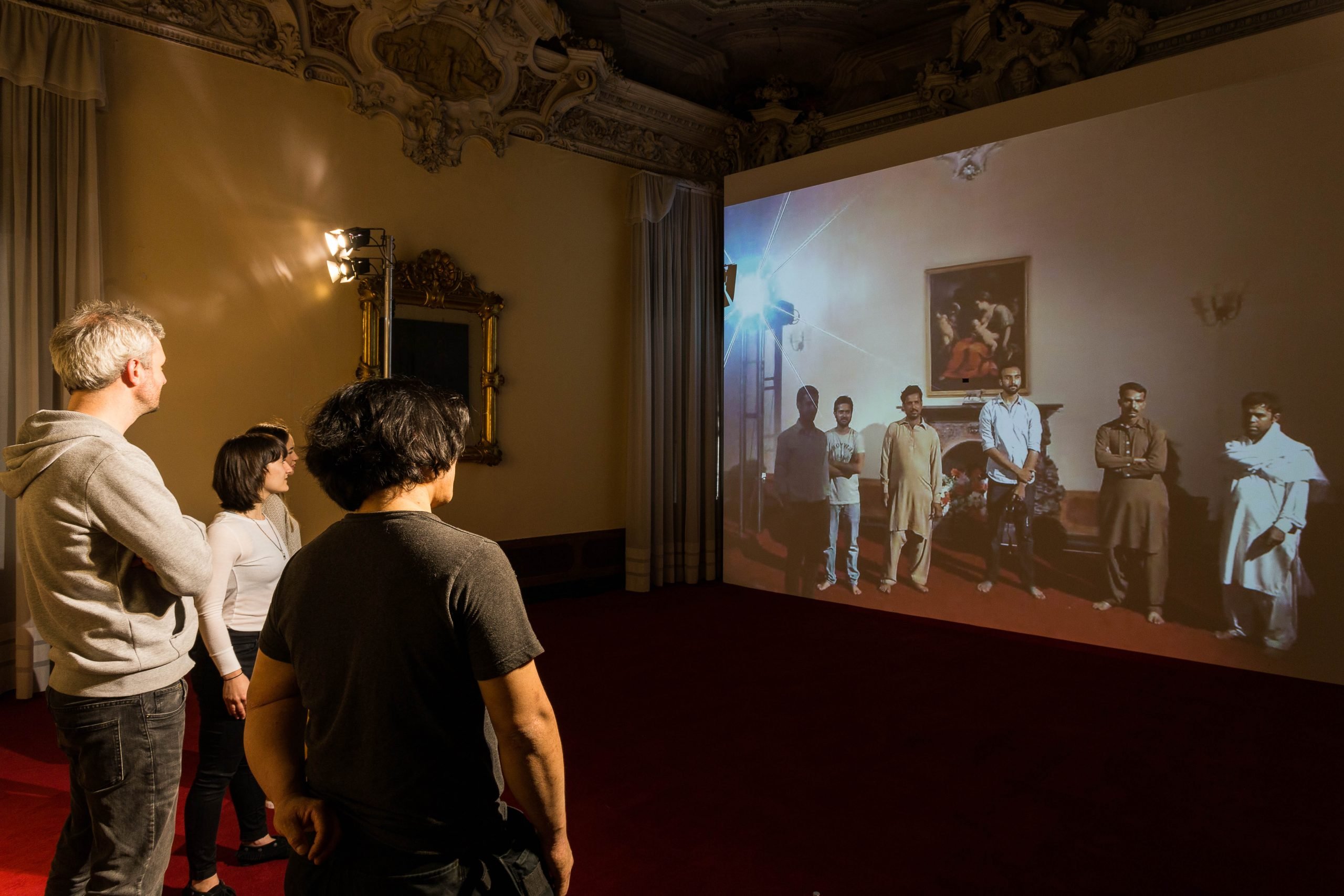 Reflecting each distinctive practice, both artists explored and examined the integral essence of a people divided, a history which spaned antiquity, colonial modernity and a cosmopolitan present entangled inconflict. With works that brought to the foreground entangled realities of the Indian subcontinent, Shilpa Gupta and Rashid Rana developed a material aesthetic that surveyed the potential of a common region, separate from the state and its model. As part of the programme, artists Shilpa Gupta, Rashid Rana and Naeem Mohaiemen participated in Imagined Cartographies, a conversation focused on their recent practice and artistic methods to plot multiple perspectives on the idea of South Asia. The talk took place at the Palazzo Benzon on 7th May and was moderated by Natasha Ginwala and Martina Mazzotta. Running alongside the project throughout the Biennale was Ancestors, a multi-part public programme curated by Natasha Ginwala as an interdisciplinary events platform for My East is Your West. Along with leading South Asian and international artists, writers, filmmakers, architects and theorists, these events sought to facilitate conversations that traversed a politically fraught region to deliberate its shared history, geographic affinity, cosmological knowledge and colonial legacies. The Ancestors public programme was held in collaboration with Britto Arts Trust, Goethe-Institut, Lahore Biennale Foundation and Sri Lanka Archive of Contemporary Art, Architecture & Design. 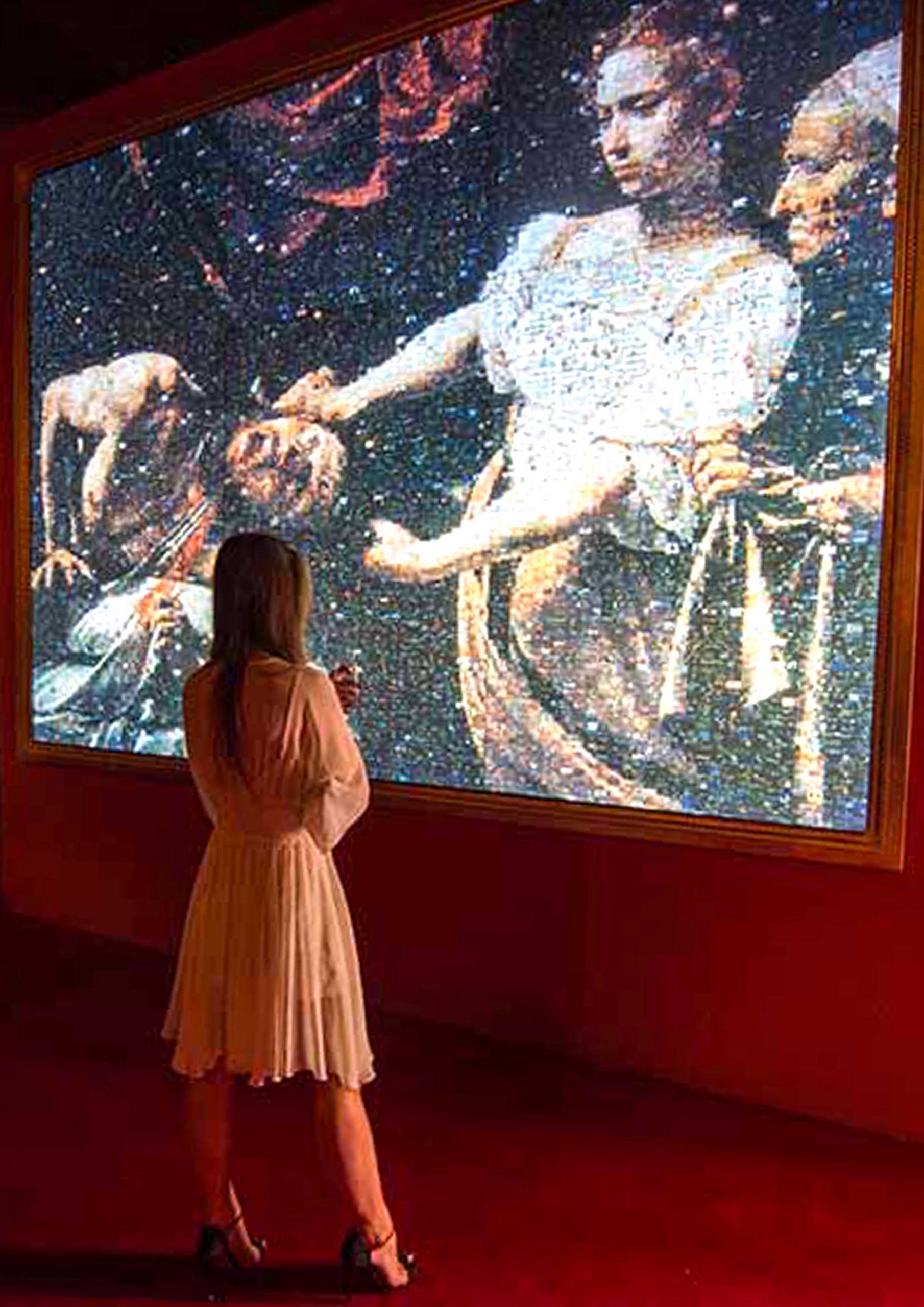