Prajā-pati was a site-specific work by artist Vishal K. Dar at the PIT during the India Art Fair 2013. A searchlight is mounted on a tall revolving crane and placed within the subterranean site at the DLF Mall Of India in Gurgaon. The spotlight created through this revolving bean changes shape/scale as it moved over the edge-walls of the PIT. The distance travelled by the beam of light was related to this change in shape/scale.

An early creation myth casts Prajapati as an almost unwilling participant in the role of creation. It is said that Prajapati was alone in the vastness, and to ease his loneliness he split his self into two distinct parts: man and woman. They then procreated and from them emerged the human race. Prajapati is a deity presiding over procreation, with the personifications of TIME, FIRE and the SUN. In the Mahabharata, he is the protector of the sexual organ. The PIT was a 10 acre (15 meters deep) excavated site for the DLF Mall Of India Gurgaon. 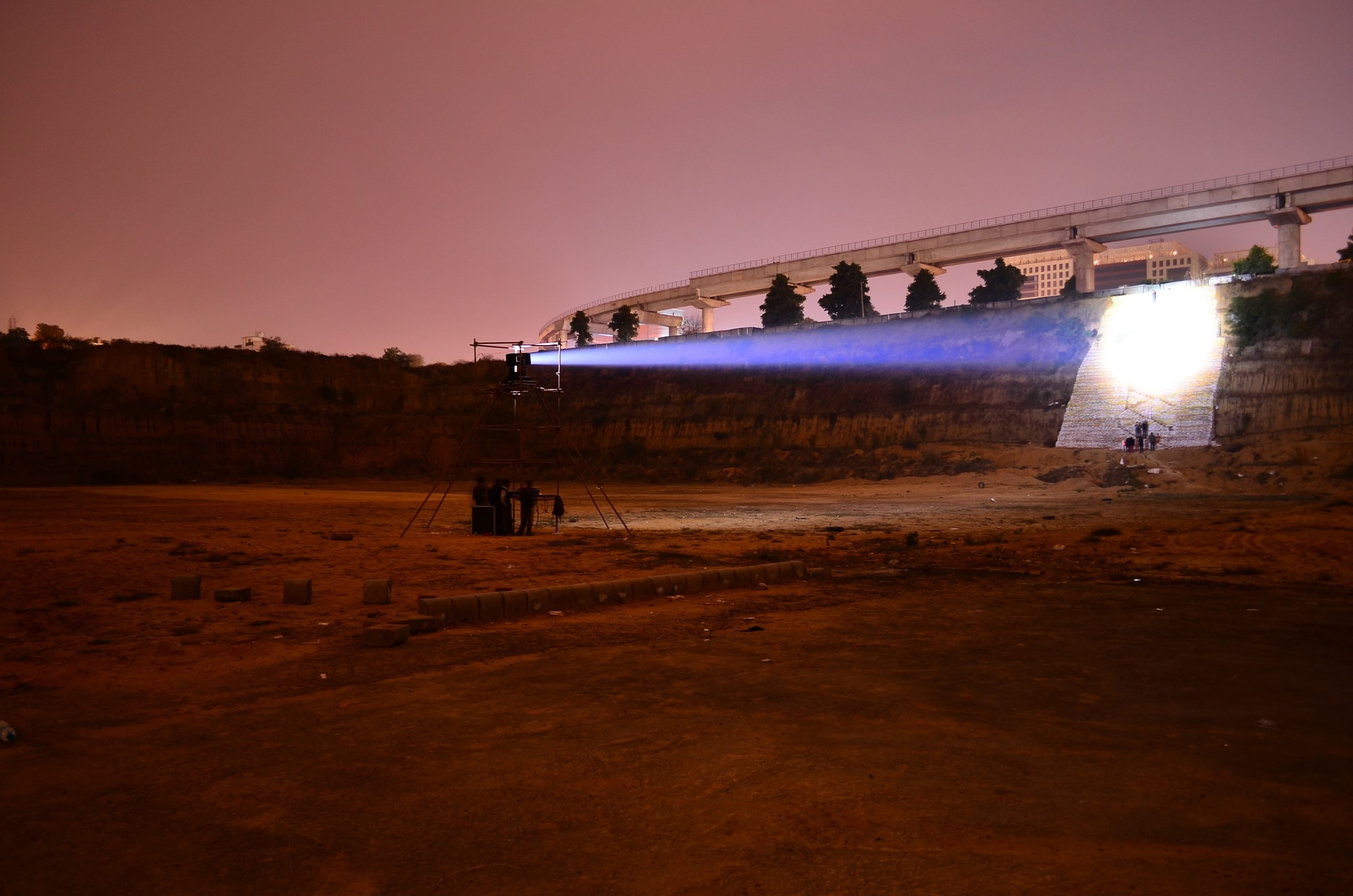