The Gujral Foundation was pleased to support the exhibition, entitled ‘Regimes of Truth: an in-progress viewing’, which was one in a series of curatorial projects called ‘Allies for the Uncertain Futures’ curated by Shaunak Mahbubani. The show was open to the public from 24th – 29th April 2018 at shared space by Gati Dance Forum and the Foundation for Indian Contemporary Art (FICA) Reading Room in Khirkee Extension, New Delhi. The show featured Arko Datto, Asim Waqif, Mandeep Raikhy, Payal Arya, Samar Grewal and Sandip Kuriakose. The projects under ‘Allies for the Uncertain Futures’ were themed around the increasingly pressing subject of nationalism and patriotic fervour. The title here was taken from Michel Foucault’s term for societies governed by a class that imposed a singular version of reality on the population and treated all other narratives as dangerous lies. We witnessed an attempt to spread new historical, communal, and emotional narratives with a speed and perseverance unseen in the post-independence era. The promoters of this populist ideology managed to bring minds into their hold across class and geography through a combination of on-ground community vigilance, tight control over news-media, and clever use of digital media strategies. Foucault’s notion of Knowledge-Power gave them a framework to critically examine the fabrication of these new ‘regimes of truth’. They traced his idea that power is not solely a destructive force, but also a ‘producer of reality’. The exhibition documented this phenomenon as it occurred around us, while simultaneously trying to understand it and its implications further. 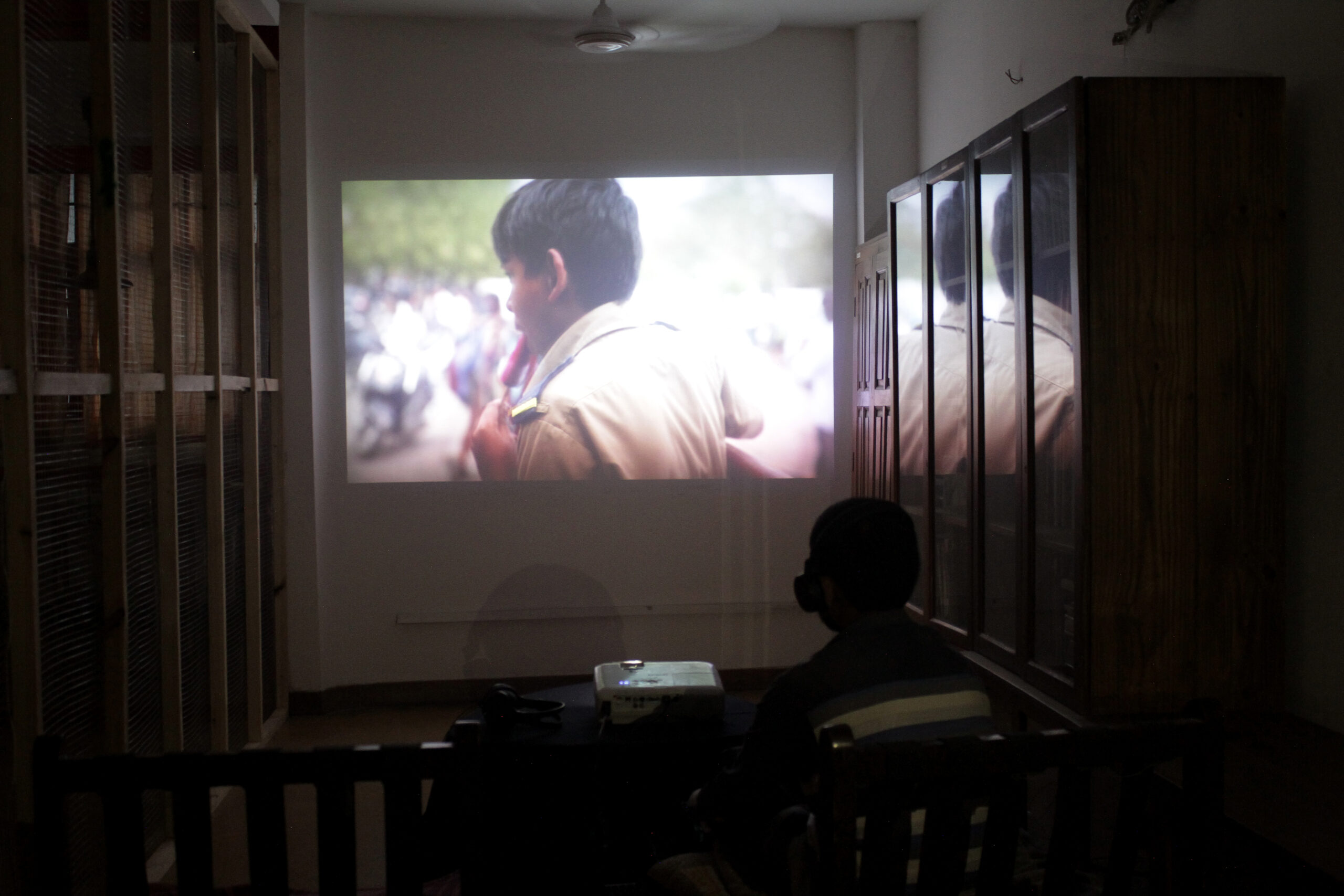 The show began with a performance choreography by Mandeep Raikhy and sound design by Samar Grewal which combined different gestures of patriotism into a series of fluid, scripted motion. They were sometimes sluggish and sometimes abrupt. The dancers were not on a stage; they were in the crowd, navigating the spaces between people with their hypnotic movements. A video by Asim Waqif was also showcased, which appeared at certain times like a newsreel and at others an advertisement or promotional message. The other was an installation by Payal Arya: a television and a cloud of smoke in a glass room. The TV screen showed a slowly burning building, whose smoke, it seemed, was filling the room – a succinct comment on the way inflammatory stories conjure the reality which they claim to report. Arko Datto’s installation was imprinted on a shoe rack. A set of photographs were pasted to the ceiling, and an artist book by Sandip Kuriakose (in which he redacts the 2013 Koushal judgement, except for the negations) was placed in the FICA library. The final exhibition concept, part two of the ongoing series ‘Allies for the Uncertain Futures’ curated by Shaunak Mahbubani, was chosen for an Apexart international exhibition grant, and was exhibited in late 2018. 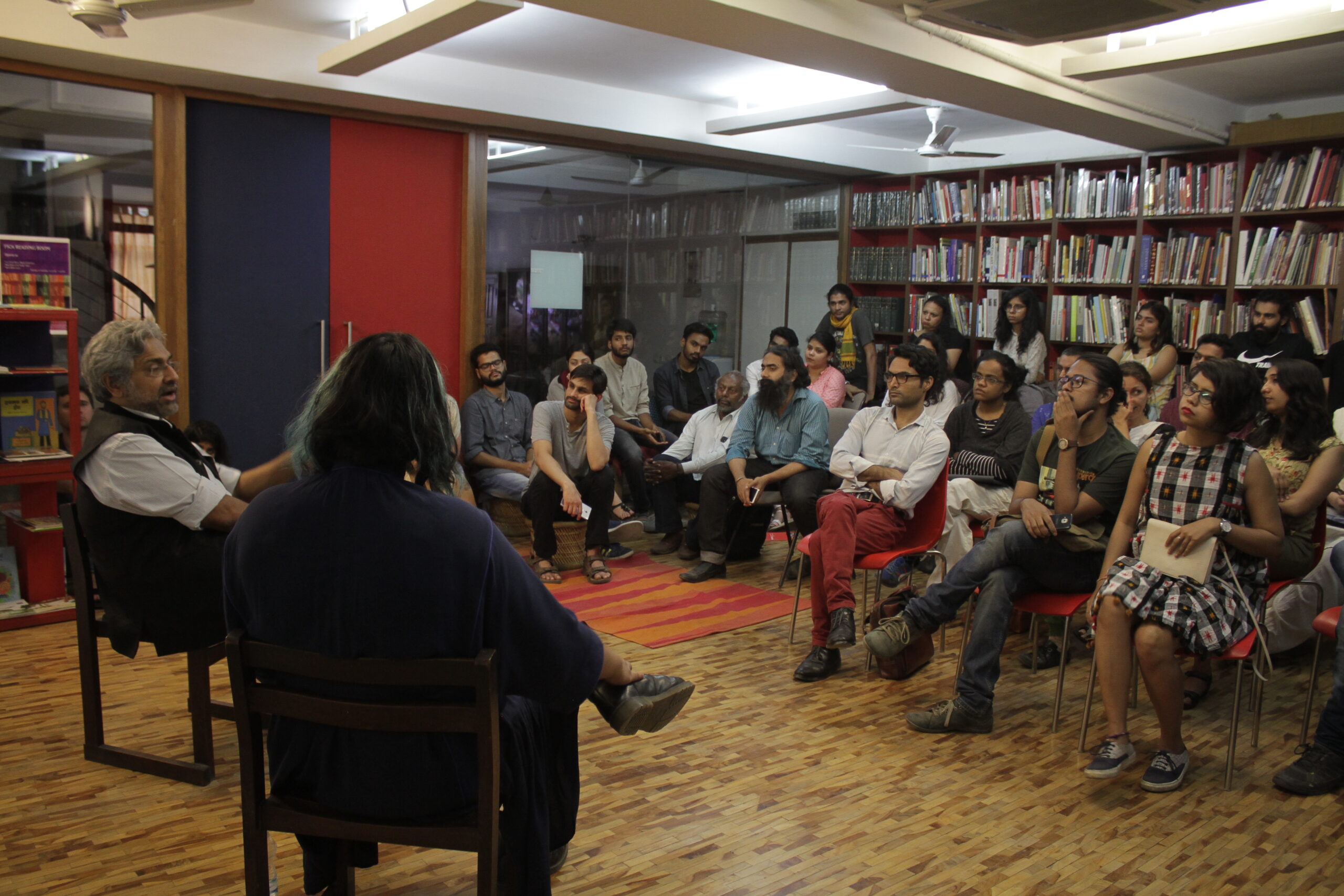