Satish Gujral- A Brush with Life

Marking Satish Gujral’s 90th birthday this year, the exhibition ‘A Brush with Life’ curated by Pramod KG, paid homage to one of India’s most celebrated artists, and provided a rare opportunity for a closer look at the breadth of Gujral’s work, as well as a deeper understanding of the man behind the work and diversity of his artistic career. The exhibition was open to the public from 21st January – 20th February 2015 at Indira Gandhi National Centre for the Arts. On 30th January, there were curatorial walkthroughs of the exhibition by Pramod KG which was followed up by high tea and a talk by the artist on his artistic practice. This month-long exhibition drew from the key artistic moments of Gujral’s life and paid tribute to the zeitgeist of modernism as seen and portrayed by him. Over 70 original works of art were juxtaposed with rare archival photographs, the remarkable people from the 20th century who touched his life and vintage images of works that have long left public memory.

The versatile talent and vast oeuvre of Satish Gujral mirrors the trials and tribulations of a fledgling nation. Gujral began his career in 1947 with dramatic paintings named the ‘partition series’ that captured and symbolized the trauma of the subcontinent’s partition resulting in the creation of India and Pakistan. Crucially, memory as metaphor shadows his work, with characters appearing as leitmotifs across the many mediums he was to work with over the succeeding six decades: sketches to collages, abstract paintings to narrative depictions of the human condition.

His work entered another epoch as he delved into sculpture using stone, metals and resin alongside elaborate forays into ceramics, a preferred material for his iconic murals across north India that had been inspired by his work with Diego Rivera in Mexico in the early 1950s. This eventually led him to architecture and his buildings have a distinct footprint derived from his quintessential style. In his career of over 70 years, Gujral is perhaps the only modern Indian artist to have worked in such diverse mediums and forged such varied artistic paths. In recent years, his art has come full circle with newer works evocatively recalling earlier themes. The artworks for this exhibition were made available from various collections to mark this celebration. 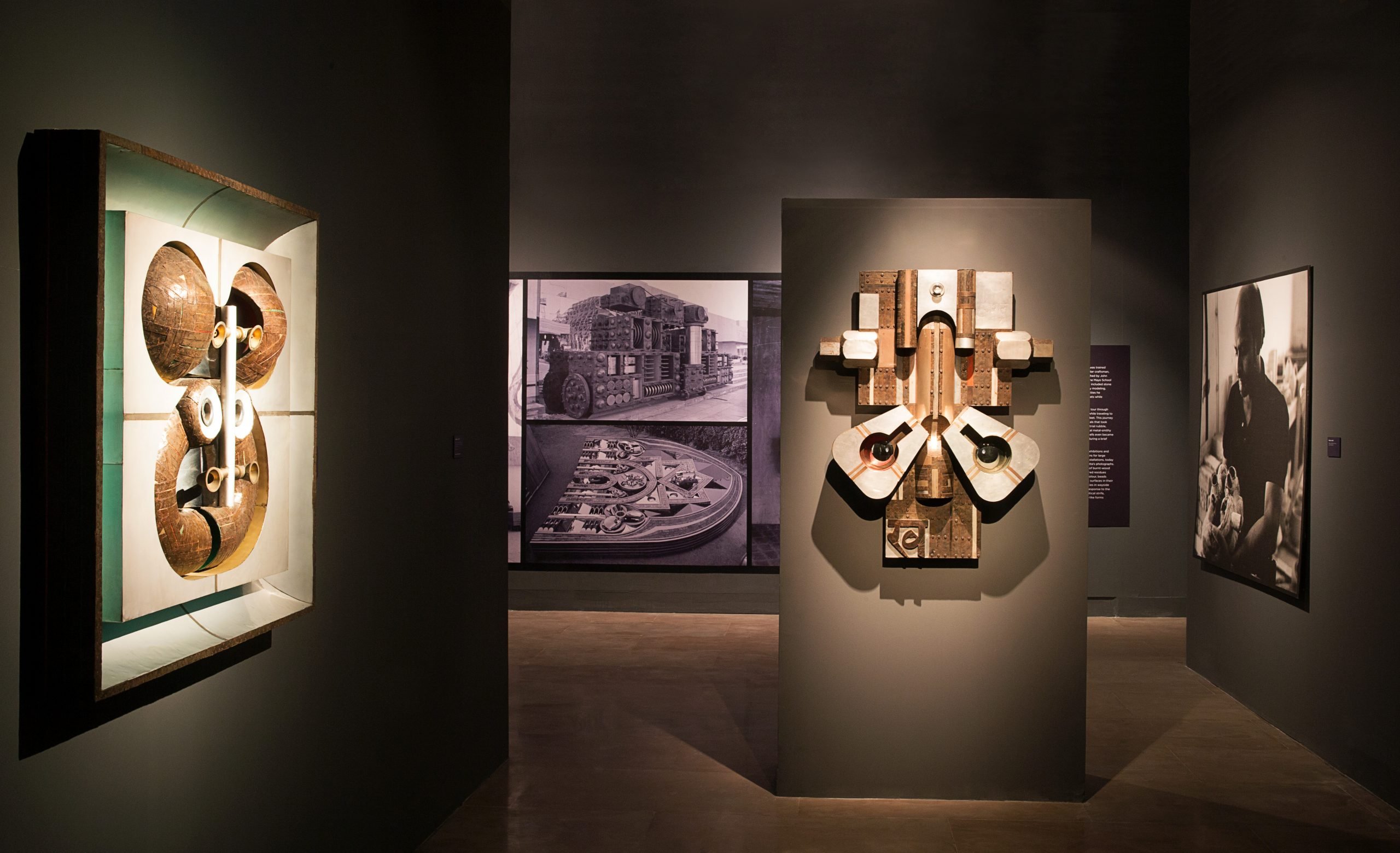