An exhibition by artist Ayesha Singh, whose works at “Stone, Paper, Pillar” drew attention to the evolution of the column from a structural need to a decorative want. With an interest in creating new spaces in pre-existing architecture, Singh used scale to investigate the malleability of space in both its physical and illusionary manifestations. Columns, New Delhi (2016) was an installation of large-format photographs that could be walked around and experienced. The works simultaneously created and fragmented the viewers visual and physical experience of the interior. Referencing facade-like architectural creations, the images could only be viewed from on one side. 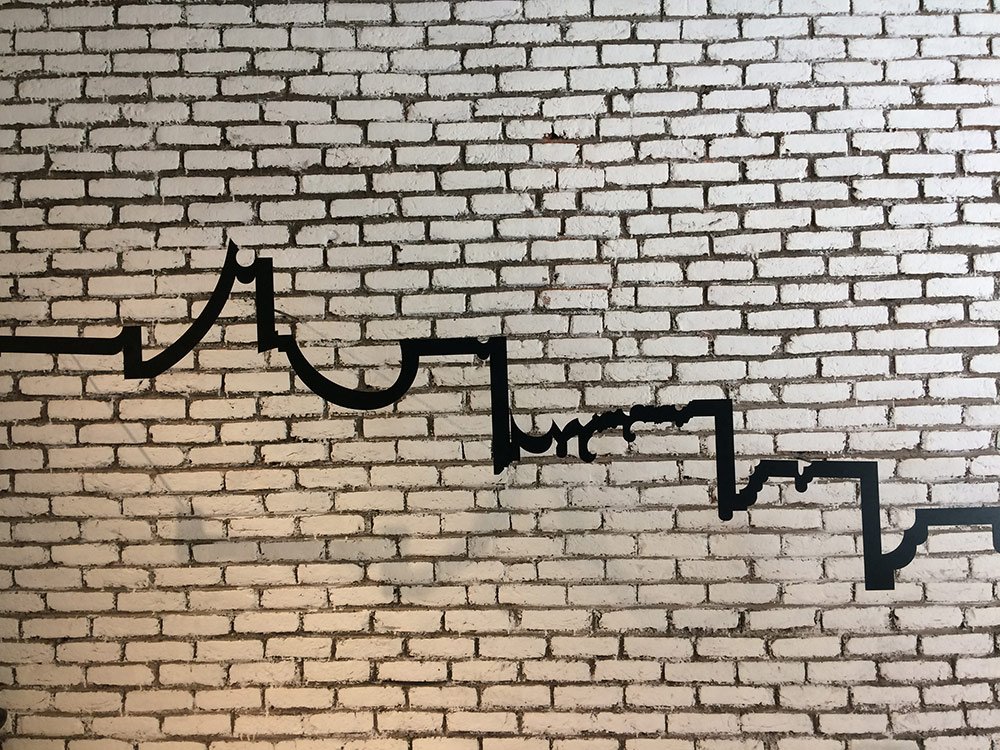 Singh’s work is informed by hybrid constructions that emulate architectural tropes from various countries and cultures, often making themselves incongruous to their physical location. The content of the work drew attention to purely aesthetic, non-functional and non-structural elements in Delhi’s architecture. Evolution (2017) was a wall piece that outlines the progression of the capitals of columns, from Egyptian, Greek, Roman to its appropriation. 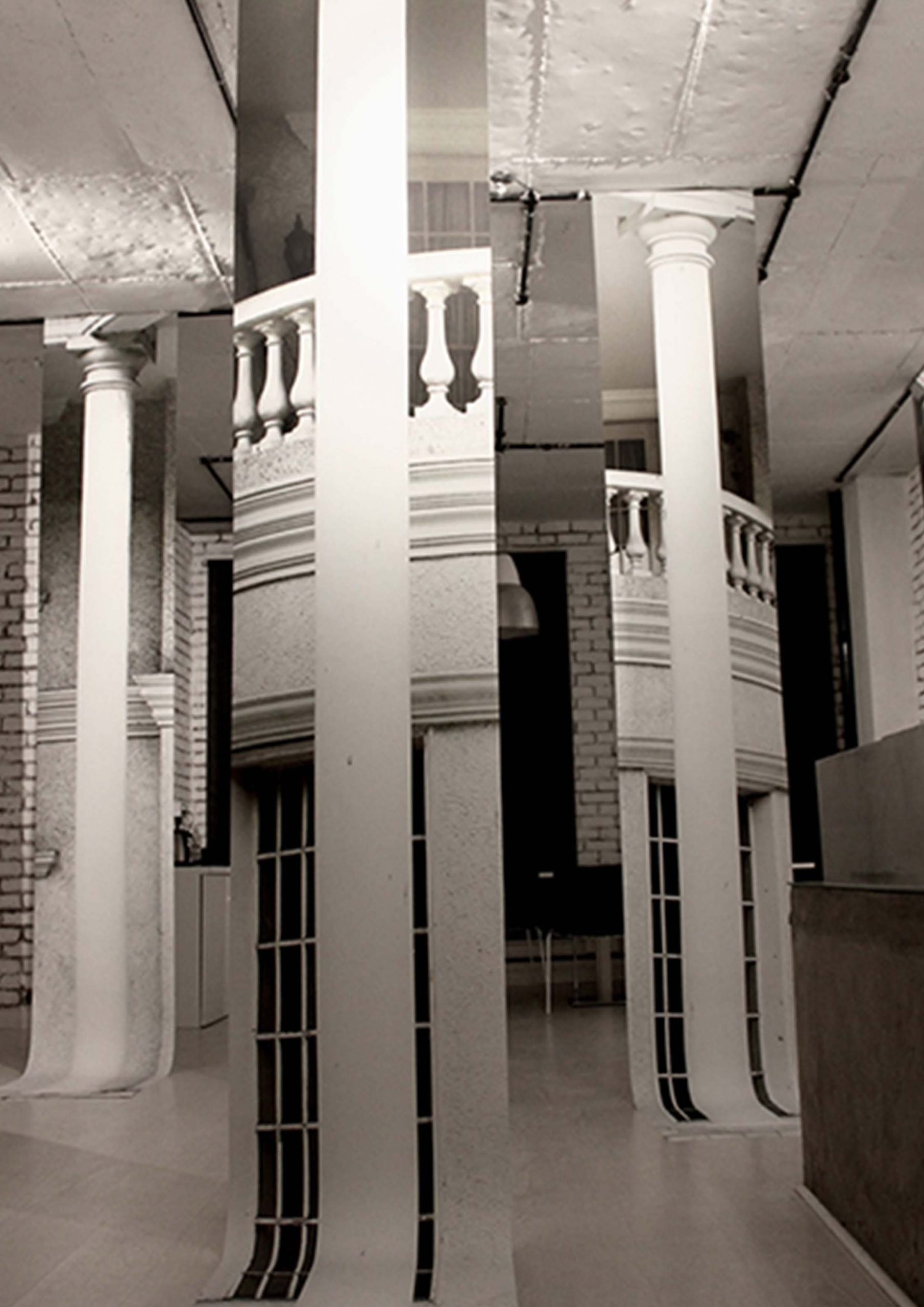 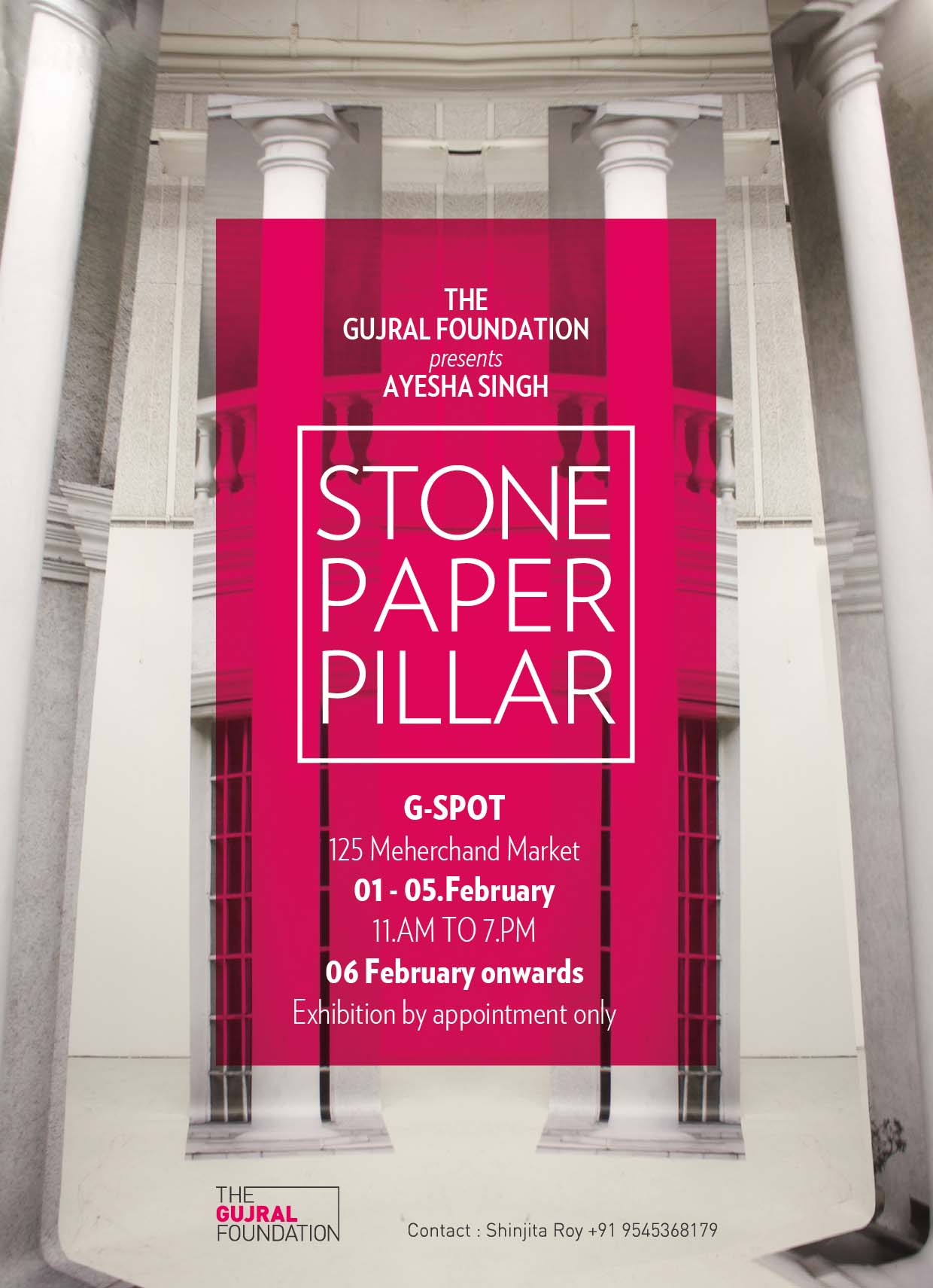