Pursuing the objective of creating and facilitating opportunities for leading artists on the international art scene, The Gujral Foundation’s project Storm Deities (Maruts) was a site-specific and immersive light installation by Indian artist Vishal K Dar. The work was installed in the iconic chimney of the Power Station of Art at the 11th Shanghai Biennale, from 11 November 2016 till 12 March 2017. The theme for the 11th Shanghai Biennale curated by Indian-based artists Raqs Media Collective was Why Not Ask Again? Maneuvers, Disputations & Stories. Their invitation to artists was nothing short of a provocation to respond to the task of a re-imagining of the world and Vishal K. Dar was one of 39 artists who was selected to make this response. In the belly of a 165 metre tall industrial chimney of an old defunct thermal power station in Shanghai, Dar re-imagined Maruts, the storm deities as seven oscillating beams of light set to varying metronomic meters which created a hallucinatory zone, each beam of light an object with a distinct time-code. The base of the chimney was transformed into a reflective pool. The notion of presence, of being in the midst of the work, was central to the experience of Maruts. The installation was designed to strip visitors of their sense of where they belong in relation to a space.

Viewers experienced Maruts from a spiral ramp inside the chimney, accessed through the main building of the Power Station of Art to observe the lights and their reflection in the water below from various vantage points. Visitors accessed the chimney structure from the 20m level bridge directly into the chimney and then spiralled down to the base to exit. The Gujral Foundation has been a mentor and a supporter of Vishal K Dar since 2011. His practice extends outside the gallery often into abandoned and challenging sites. Using diverse mediums, light is a recurring motif and has been powerfully harnessed in many of his works including this one. 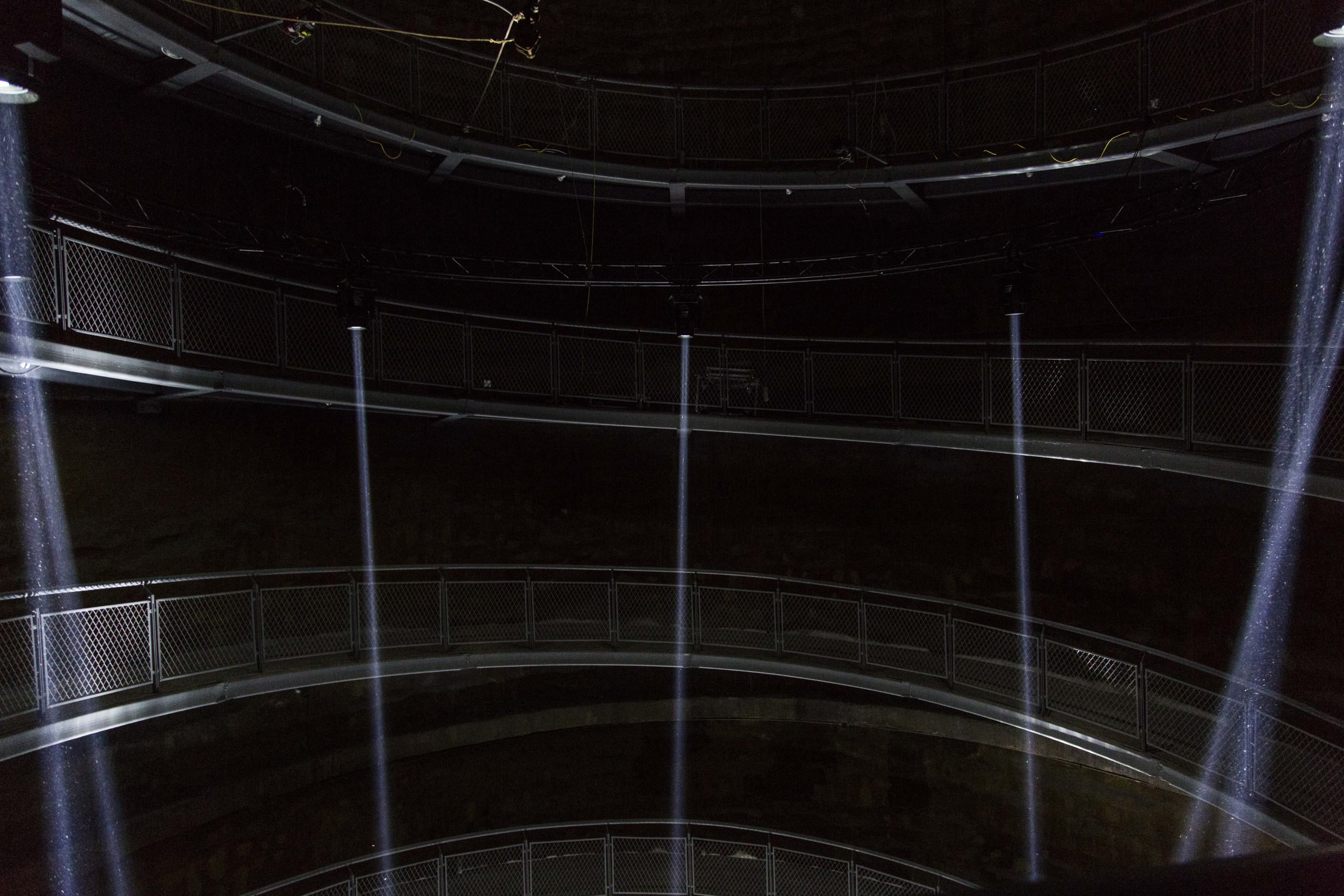