The Gujral Foundation in association with Outset India presented a photography exhibition titled Abandon which featured the works of photographers Philippe Calia, Uzma Mohsin and Ronny Sen. The show was open to the public from 12th March to 5th April 2015 at 24 Jor Bagh. Abandon, curated by Rahaab Allana (Curator and Publisher, The Alkazi Foundation), was an ode to the disappearing identity of humanity and raised the question of survival and uncertainty. The preview of the exhibit was accompanied by a conversation with Rahaab. The exhibition site was used as a vein connecting the narrative, with images stuck on staircases, revolving cubes installed on the walls, and artworks which were placed in bathrooms and bath tubs. Mohsin’s “Where we are” spoke about the perils of migration, the yearning for freedom and the desperate need to belong. She showcased a light box comprising of letters, all in Urdu on yellow paper. Her photographs were of people arriving and leaving in haste, with empty houses and a collection of undisturbed objects. Audio visuals of railway tracks and crossroads and people sharing stories introduced viewers to the transitory nature of life.

Caila’s theme “Etudes in Situ” was reflected in his seamless images of French society. A man dressed in a tuxedo, visibly in a trance with his eyes closed; a shoe placed before a window with the city skyline in the background; a palm with words engraved on it were from Excerpts from Europa and discussed the impact of human settlements. Post.Series had images of children, two women kissing, bare-chested men, a woman screaming, and shots of towering skyscrapers.

Sen’s photos – of drought; an old man squatting on a rock at twilight, starring into the distance; shacks left unattended in empty villages; a woman in a red sari, standing with a child; and a rotten carcass of a dog – embodied a community’s uncertain future, of coal miners in Jharkhand. The exhibition was a mute conversation of civilizations and their collision with time and discovery, of the importance of freedom to people imprisoned within their own lives. A walkthrough of the exhibition with the photographers was organized for visitors on 31st March 2015 and the last night of the exhibition included an interaction with the photographers Sumit Dayal and Sorabh Hura. 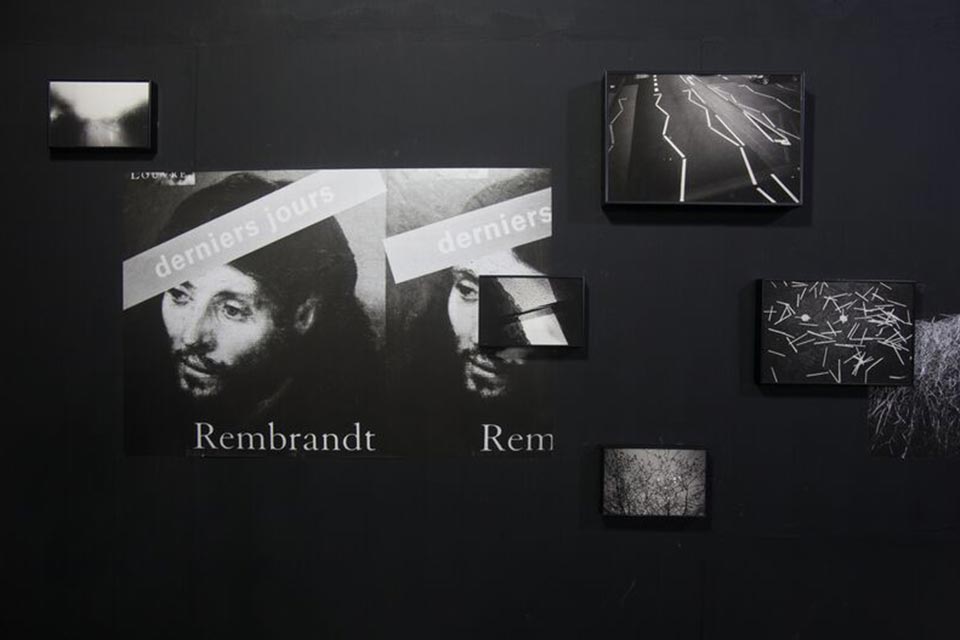