The Gujral Foundation was pleased to present Queen-Size in collaboration with Pro Helvetia- Swiss Arts Council, Japan Foundation and Nishit Saran Foundation from 27th to 29th May 2016 at 24 Jor Bagh. Choreographed by Mandeep Raikhy, Queen-Size was a choreographic exploration that took the form of a detailed study of the intimacy between two men. Played out on a charpoy, the duet examined the nuts and bolts – carnal, mechanical and emotional – of a close encounter between two male bodies. In deliberately making this encounter visible, Queen-size posed questions around spectatorship, privacy and dissent. The work was triggered by and was an artistic response to Nishit Saran’s article titled ‘Why My Bedroom Habits Are Your Business’, first published in the Indian Express in January 2000. The two dancers, Lalit Khatana and Parinay Mehra invited the audience to experience and bear witness to their intimacy. The piece was non-durational and non-linear, with the dancers playing out their intimacy for two-and-a-half hours while audiences entered and left at any point or moved around to view the piece from different positions.

Japanese sound designer Yasuhiro Morinaga made the sound score for this piece through which he worked on the idea of pulse. He also incorporated news clippings in the soundtrack. In between the piece, the audience could hear snippets from a TV news debate on the decriminalisation of Section 377. After Queen-Size first premiered in New Delhi in May 2016 , it then toured four North-Eastern cities in November 2016, Mumbai in January 2017 and Bangalore in February 2017. 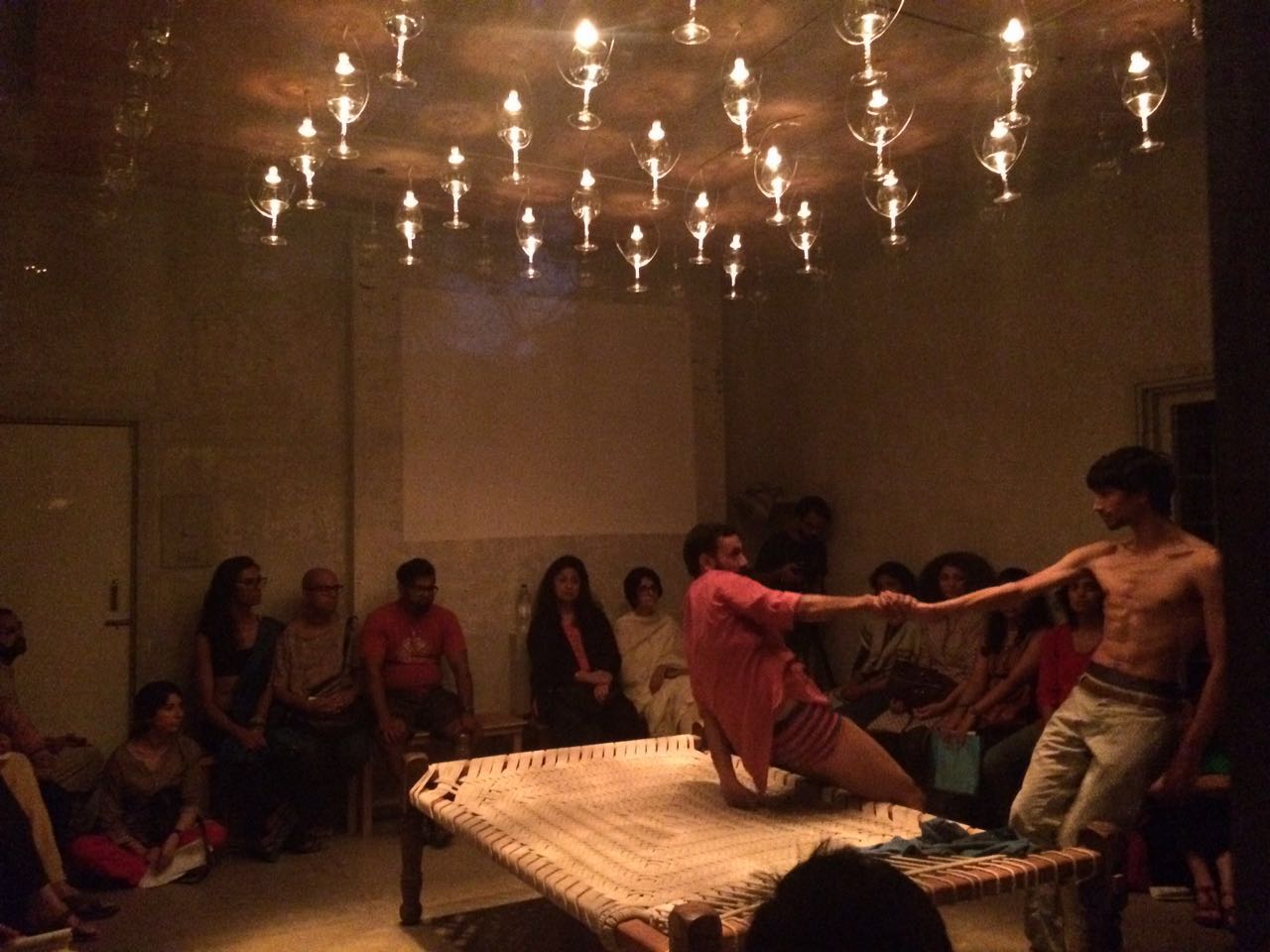