“…..And the heart still aches and the eye still seeks and will not be still”. Curated by Faiz Ahmed’s daughter Salima Hashmi, the Gujral Foundation in collaboration with Devi Art Foundation organized the exhibition This Night Bitten Dawn at 24 Jor Bagh. On opening day, Salima Hashmi gave an introductory talk on the show. 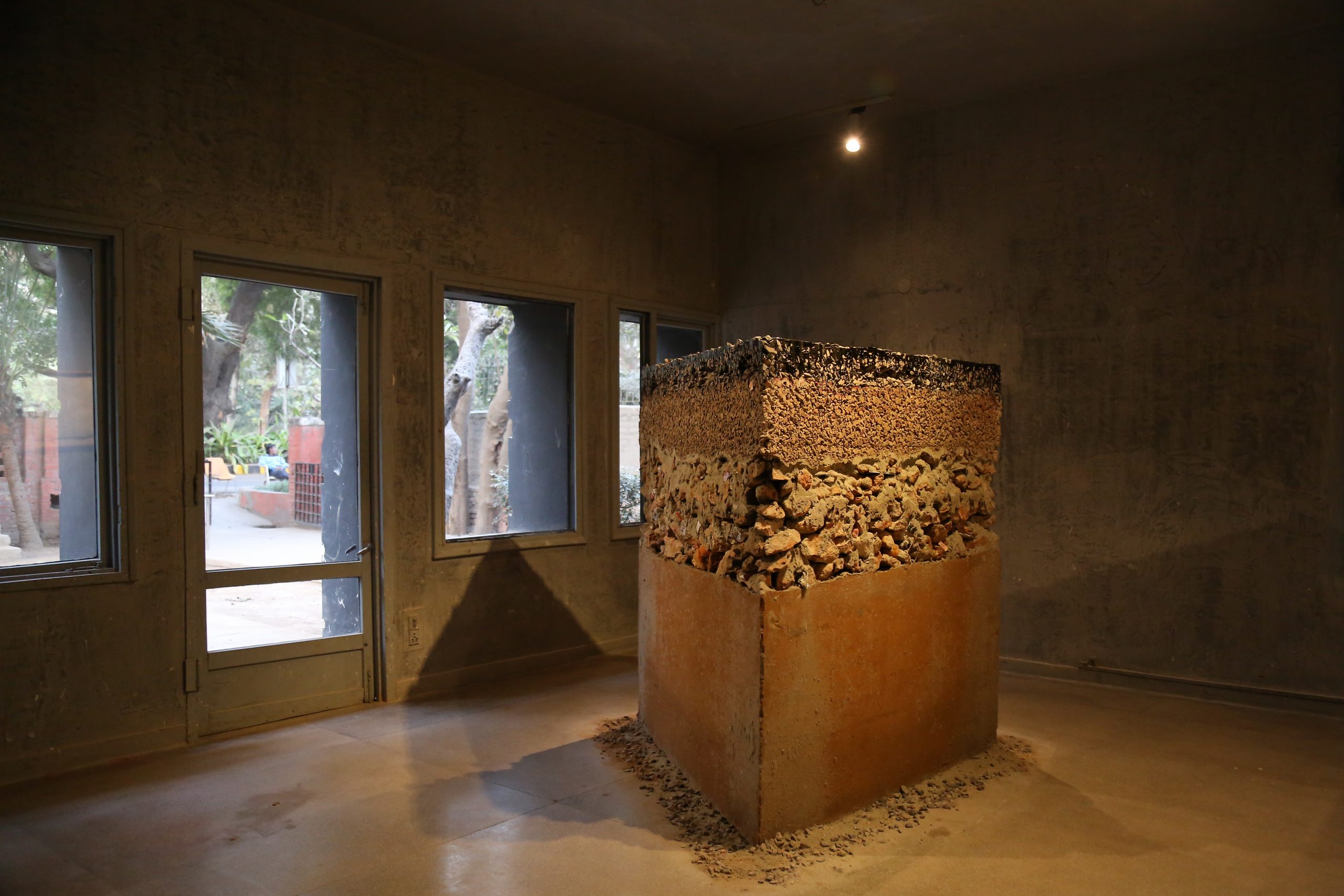 Building on the framework of Faiz Ahmed Faiz’s poem, ‘Subah-e-Azaadi’ (Dawn of Freedom), this exhibition reinterpreted the moment of the partition of India nearly seven decades later. Inspired by the poet, the artists here probed the past and the present simultaneously to circumvent history as it is told and try to reimagine and fashion it anew. Faiz’s words echo in the work of 20 artists, both Indian and Pakistani, in the exhibition, including Zarina Hashmi, Shilpa Gupta, Nalini Malani, Iftikhar Dadi, Anita Dube, Bani Abidi, Sheba Chhachhi, N. Pushpamala and Faiza Butt. They proceeded towards a scrutiny; troublesome and persistent, of communities that carried with them the sounds of lullabies embedded in the bones and ashes which their ancestors left behind. They never fully abandoned the ideas of ‘home’, instead they rearranged them in myriad ways as the pain subsided and the hearts were induced to heal. Such a past can only be dreamt again with fierce tenacity for the present to make sense, sifting through half-truths and seeing through the scrim of broken promises. The poem may be a memorial to another time but it continues to insist on a critical look at why ‘the dark weight of night is not lifted yet’, and how the gossamer like promise of a journey of shared futures which commenced a long time ago was denied culmination. 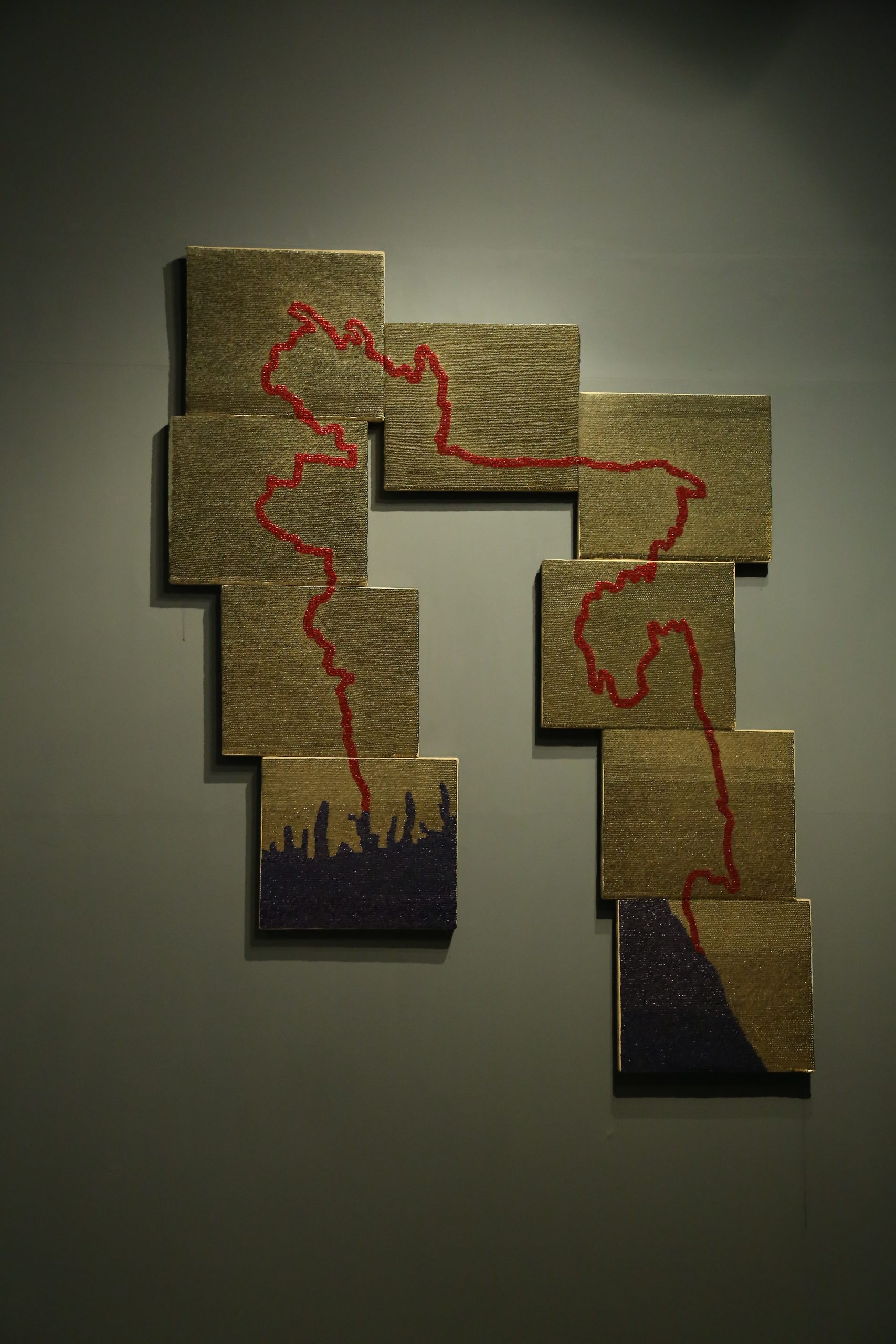 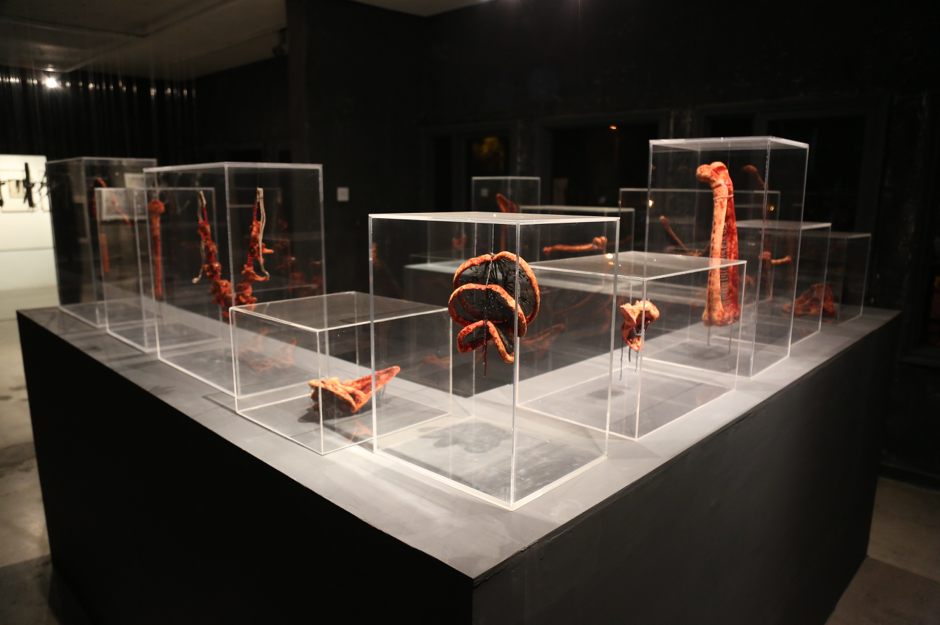